Topic: Where Do You Fit?

Lesson PDF link: Where Do you Fit 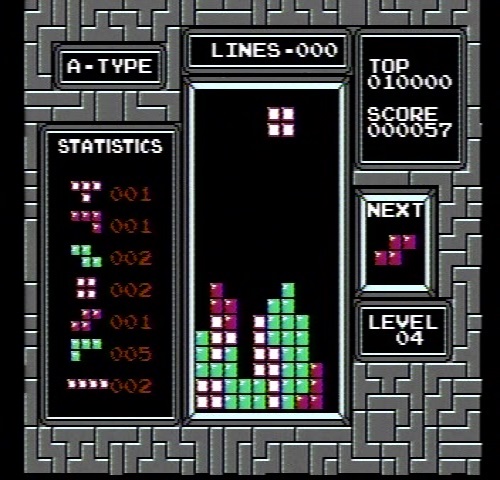 What do you see in this picture?

This is a picture from a video game known as Tetris. This is from the NES system (Nintendo Entertainment System).

This picture is from a game that I played a while back and it depicts a square block trying to fit somewhere, what is bad though, is that it has nowhere to go comfortably. In our lives, we will receive things that just don't seem to fit comfortably and we have to put them somewhere.

Don't feel alone, this is promised by Jesus Himself. The Bible talks about this in several places. For example, in Matthew 21: 33-46, Jesus was talking to the Pharisees and teachers of the law. This is what He said:

Mat 21:33 "Listen to another parable. There was a landowner who planted a vineyard, put a wall around it, dug a wine press in it, and built a watchtower. Then he leased it to tenant farmers and went abroad.

Mat 21:34 When harvest time approached, he sent his servants to the tenant farmers to collect his produce.

Mat 21:35 But the farmers took his servants and beat one, killed another, and attacked another with stones.

Mat 21:36 Again, he sent other servants to them, a greater number than the first, but the tenant farmers treated them the same way.

Mat 21:38 But when the tenant farmers saw his son, they told one another, 'This is the heir. Come on, let's kill him and get his inheritance!'

Mat 21:39 So they grabbed him, threw him out of the vineyard, and killed him.

Mat 21:40 Now when the owner of the vineyard returns, what will he do to those farmers?"

Mat 21:41 They told him, "He will put those horrible men to a horrible death. Then he will lease the vineyard to other farmers who will give him his produce at harvest time."

Mat 21:42 Jesus asked them, "Have you never read in the Scriptures, 'The stone that the builders rejected has become the cornerstone. This was the Lord's doing, and it is amazing in our eyes.'?

Mat 21:43 That is why I tell you that the kingdom of God will be taken away from you and given to a people who will produce fruit for it.

Mat 21:44 The person who falls over this stone will be broken to pieces, but it will crush anyone on whom it falls."

Mat 21:45 When the high priests and the Pharisees heard his parables, they knew that he was talking about them.

Mat 21:46 Although they wanted to arrest him, they were afraid of the crowds, who considered Jesus to be a prophet.

It's interesting that these people respected Jesus (albeit in a rude manner) because they were under the absolutely understated and underestimated conviction that Jesus was a prophet--we all know that Jesus is the one and only begotten Son Of God.

The highlighted area about the stone that the builders rejected is found in all four gospels and prophesied in the book of Psalm about our Lord and again talked about in the book of Acts.

When the disciples were being talked to once by Jesus, He said to them this in the book of Mark 13: 9-11

Mar 13:9 "As for yourselves, be on your guard! People will hand you over to local councils, and you will be beaten in their synagogues. You will stand before governors and kings to testify to them because of me.

Mar 13:10 But first, the gospel must be proclaimed to all nations.

Mar 13:11 "When they take you away and hand you over for trial, don't worry ahead of time about what you will say. Instead, say whatever is given to you at that time, because it won't be you speaking, but the Holy Spirit.

Joh 15:18 "If the world hates you, you should realize that it hated me before you.

Joh 15:19 If you belonged to the world, the world would love you as one of its own. But because you do not belong to the world and I have chosen you out of it, the world hates you.

If you are looking closely, you will see that Jesus promises that we are going to be misfit blocks and physically, we can and ultimately must lose the "need to fit mentality" of the world if we choose to follow Him and we may easily lose our lives and the game the world wants to play, shall we say.

Joh 15:12 "This is my commandment: that you love one another as I have loved you.

Joh 15:13 No one shows greater love than when he lays down his life for his friends.

Joh 15:15 I do not call you servants anymore, because a servant does not know what his master is doing. But I have called you friends, because I have made known to you everything that I have heard from my Father.

Joh 15:16 "You have not chosen me, but I have chosen you. I have appointed you to go and produce fruit that will last, so that whatever you ask the Father in my name, he will give it to you.

Joh 15:17 I am giving you these commandments so that you may love one another."

In I Corinthians 12, Paul says this:

1Co 12:1 Now concerning spiritual gifts, brothers, I don't want you to be ignorant.

1Co 12:2 You know that when you were unbelievers, you were enticed and led astray to worship idols that couldn't even speak.

1Co 12:4 Now there are varieties of gifts, but the same Spirit,

1Co 12:5 and there are varieties of ministries, but the same Lord.

1Co 12:6 There are varieties of results, but it is the same God who produces all the results in everyone.

1Co 12:7 To each person has been given the ability to manifest the Spirit for the common good.

1Co 12:8 To one has been given a message of wisdom by the Spirit; to another the ability to speak with knowledge according to the same Spirit;

1Co 12:9 to another faith by the same Spirit; to another gifts of healing by that one Spirit;

1Co 12:11 But one and the same Spirit produces all these results and gives what he wants to each person.

1Co 12:12 For just as the body is one and yet has many parts, and all the parts of the body, though many, form a single body, so it is with the Messiah.

1Co 12:13 For by one Spirit all of us Jews and Greeks, slaves and free were baptized into one body and were all privileged to drink from one Spirit.

1Co 12:18 But now God has arranged the parts, every one of them, in the body according to his plan.

1Co 12:22 On the contrary, those parts of the body that seem to be weaker are in fact indispensable,

1Co 12:23 and the parts of the body that we think are less honorable are treated with special honor, and we make our less attractive parts more attractive.

1Co 12:24 However, our attractive parts don't need this. But God has put the body together and has given special honor to the parts that lack it,

1Co 12:25 so that there might be no disharmony in the body, but that its parts should have the same concern for each other.

1Co 12:27 Now you are the Messiah's body and individual parts of it.

1Co 12:28 God has appointed in the church first of all apostles, second prophets, third teachers, then those who perform miracles, those who have gifts of healing, those who help others, administrators, and those who speak various kinds of languages.

1Co 12:31 Keep on desiring the better gifts. And now I will show you the best way of all.

This is a clear call for Christian unity and I tell you it's high time we start doing it. The more splintered we get, the more weakened we get and our witness suffers. Everyone in God's Kingdom has a purpose and this Kingdom should all work together (at least in the form of encouragement and praying for each other, if not literally working physically together as well).

1Th 5:12 Brothers, we ask you to show your appreciation for those who work among you, set an example for you in the Lord, and instruct you.

1Th 5:13 Hold them in the highest regard, loving them because of their work. Live in peace with each other.

1Th 5:15 Make sure that no one pays back evil for evil. Instead, always pursue what is good for each other and for everyone else.

1Th 5:18 In everything be thankful, because this is God's will for you in the Messiah Jesus.

You see, we as Christians are bound to be misfit blocks, however we don't need to make things harder by hurting our teammates with similar disdain as the world gives. This shouldn't be.

In my personal time with Toonspirit Ministries for example, we have had to endure much hardship from our own teammates with a "What's This?" mentality instead of the ministry being encouraged and being appreciated for the work God calls us to do (even some people in my home church). In other words, God's plans for this ministry are to give it aid and to send people that it can help with the various lessons that may seem odd to others. We teach with TV cartoons, games, toys and other media (music, poetry etc.). This is how God designed our ministry So, we humbly ask for this encouragement and prayer power for this ministry, for this is what is supposed to happen.

I am sure that this ministry isn't the only one to have friendly-fire problems because unity is so poor. In God's Kingdom, there is always a place for everyone that is of Him. We all have jobs and it is real work. I don't know how many times that I have been told by Christians that I don't have a real job; I have been told that I'm not real at least a couple of times (exactly) and by attitude many times by other Christians. Being the Pastor of Toonspirit Ministries is real work in God's view, and so, it needs to be the same with God's people or something's wrong. All of us Christians are misfits in many ways, however, if we work together properly, we will win together as well in many other ways than just salvation. The world may see this:

The world may see this: 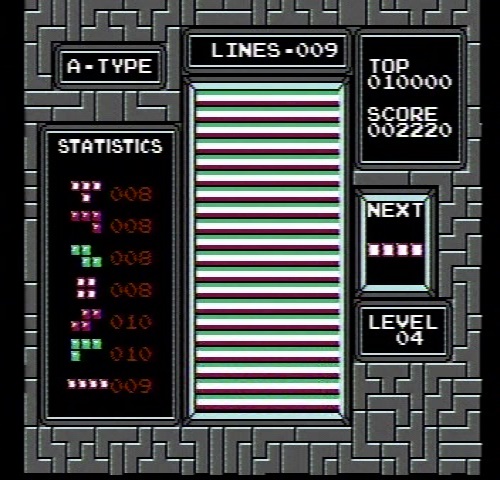 In the world's eyes we are easily losers, oh we might have a few successes, but still losers.

In the world's eyes, we are easily losers. Oh, we might have a few successes, but still losers. Christian unity will make us all winners in God's Kingdom and will make for an easier ride getting there, then we will have Heaven forever after it's all said and done and no one can ever take that away. Jesus is pleased when unity is present in all its might because that makes for the most effective witness to bring even more people in and produce more of a harvest. More harvest equals more fruit for His Kingdom.